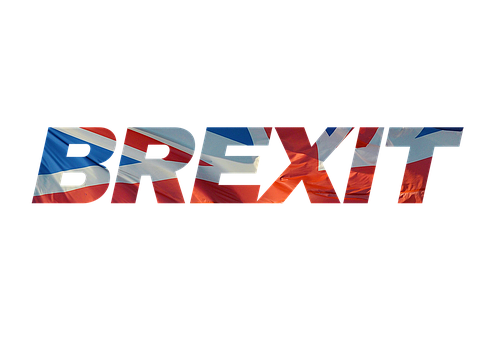 Robert Oulds’ book, Everything You Wanted to Know About the EU, published in 2013, remains timely and even more relevant than when first printed; I doubt whether any of its central contentions have been subsequently disproved, and all we have to welcome are some updates on the data which are probably likely to further confirm his central contentions. In fact some of the events since 2013, specifically the Syrian immigration crisis, must add more weight to his or her position. Yes, but being partisan doesn’t disqualify one from having an informed opinion, or farther from even being right. The objective of criticism is to observe the thing for what it is and to do that one must understand one’s own subjectivity first and build that into the equation. This I think Robert Oulds has admirably done; and for the ethics of this review I need to disclose that I have known Robert for many years and respect him as a friend. With that in mind, what of his book?

The book comprises a brief introduction and then has 7 meaty chapters covering in more detail than most people would prefer the economic, legal, political, historical workings of the EU, particularly as they relate to the United Kingdom. The names of the chapters are: A Snapshot of the EU, The Trouble with the EU, A Question of Influence, The Alternatives for Britain, Which Way Out, The Implications of Withdrawal, Alternatives to the EU, and these are followed with a Concluding chapter and a couple of useful appendices. There has been much criticism recently of the quality of the debate: that it lacks real information, real analysis, and is all about’bullet-points’ each side fires at the other. Well, if you feel that is the case, read this book. Instead of bullet points, Oulds provides chapter, verse and statistics on all the critical issues; further, he also provides a balanced comment. To put that in perspective: in which the EU does benefit the UK he’s not slow in recognizing it. But with Oulds, the key issue is always the balance of arguments: the cost-benefit analysis in other words, so that in reading the book one increasingly feels that though there are some great things about being in the EU, yet there are several negatives too the position of staying there to any rational mind is untenable.

What, then, of a few of his arguments? What have I found especially compelling in studying this work? First, I really do like his general observations about how things work. This is like discussing first principles. A good example occurs in chapter two, The Trouble with the EU, when he observes:”Political unions are not needed for trade; in fact from improving trade politics and politicians actually create barriers to trade.” Are not we guilty in the UK of a double-think here? We all know that political interference in business is disastrous, hence the need over the past 40 years to de-nationalise so many chronically underperforming industries; knowing that, how then is it consistent for Britain’s corporate leaders to claim business would be better in the EU, which is just not’state-run-regulated’ but’supra-state run’? When you think of the, it’s absurd: FOOTSIE 100 Chiefs asking the UK Government for less red-tape and regulation and then implying the only hope for our company and market is being in the EU. To put that in perspective, chapter 7, Alternatives to the EU, makes a telling point. Switzerland isn’t a member of the EU, but still trades with it under two bilateral arrangements. It therefore must accept – on its provisions – some constraints, but as Oulds notes:”Since the start of 1993, when the Single Market came into being, the Swiss have adapted their legal code to bring it into line with just approximately two million EU legislative instruments. The U.K., together with other EU members, has however had more than 20,000 enforced from above”. If we then examine the costs of the, as Oulds does in massive detail, the Bilateral agreements let them have access to the market at a cost to them of 550 million Swiss France’s a year; whereas if they were to have full EU membership the cost would increase to 4.9 Billion Swiss Francs – a nine fold increase. And this”excludes the cost of the inevitable increase in EU legislation”! That is, the 18,000 legislative instruments they missed since 1993 – and more since 2013!!! These figures, incidentally, are not made up by Oulds but according to the Swiss Federal Council’s own study incorporated within their Europe Report. It is, then, very telling.

More important than any of the foregoing, however, important as those factors are, is the more general proof that belonging to the EU is a recipe for terminal economic decline. Citing the work of Professor Jean-Jacques Rosa, a French economist,”It [the EU] enforces and enhances the rents of large, older business companies and bureaucracies and freezes the hierarchical structure of both political and industry production at a moment when invention, new small firms, and lighter authorities are required. It is a recipe for accelerated decline.” Surely, this should resonate with us? We know that entrepreneurialism depends on flexibility, innovation and vision – the exact opposite of what the EU offers us by being members.

Robert Oulds provides many more examples of where the EU works against our interests as Brits, and I’ve hardly mentioned the significant sovereignty and political arguments. Space prohibits my outlining his points here, suffice to say, as one major point that Oulds explores: the rise of the political right wing in Europe, which the EU likes to characterise itself as the champion against, is almost certainly (and notably in the 3 years since his book was printed ) a consequence of the EU: the’democratic deficit’ is being felt everywhere across Europe, and rather than creating security and stability the EU is fomenting widespread resistance to its imperialist and non-democrat diktats, resulting in extremism.

But to return the financial problem, it would be best to end on a positive note, for if we leave the EU, what options do we have? As Oulds describes: quite a lot! He goes into fine detail that the situation appertaining to different international organisations and situations, two of those organisations, one obscure to most of us, and one well known, hold out enormous hope for our advancement and success in the wider world when we opt to leave the EU. Briefly, on the former, it is evident, if somewhat inconvenient for the EU, that the four European countries which are now members – Norway, Iceland, Switzerland and Liechtenstein – have some of the highest standards of living for their populations of any nations anywhere in the world. So much for suffering by not really being in the EU. One significant statistic that Oulds cites is that in 2011 EFTA exported $189.2B value of good to the EU; the USA itself just managed $90B. This is pretty phenomenal stuff, but if we believe the Commonwealth, and the choice of re-activating that choice, then what is possible could truly amaze us.

John Cridland, former Director General of the Confederation of British Industries, said in 2001:”We have concentrated too much on Europe – we need to get out and build export markets in the rest of the world”. Presently, of course, the”UK is prevented by creating its own unique bilateral investment treaties on its own terms with Commonwealth countries, but also the EU prevents the UK from reaching trade agreements with these tigers [economies within the Commonwealth]”. Lest we forget the Commonwealth comprises”54 countries stretching across every inhabited continent in the world; even Europe in which the UK is not the only member. Both Malta and Cyprus are members of the Commonwealth.” More impressively still:”The inhabitants of the Commonwealth is almost two and a quarter billion people, coming a third of the world’s population, living on more than eleven and a half million square miles; nearly a quarter of the planet’s land mass. What is more, this territory is full of natural resources, which not only offer the international market with the commodities which enable growth but can also give its member states real possibility.” Since Oulds goes on to observe:”Currently, the Chinese are forging links with these resource rich states; the UK’s Eurocentric orientation is making Britain miss out on the abundant opportunities abroad.”

There’s far more to say about this wonderful book, but space prohibits. It’s an essential book for people who genuinely wish to reach out to a few of the facts underpinning this debate and to move away from fear and slander: the notion that just nutters and Little-Englanders could possibly wish to move away from our lovely Big Brother, the EU.

But I must end on one crucial note about this particular book, good as it is: given the quality of research and the citations employed, the absence of an index is an important flaw; maybe a new, updated edition – timely now – will fix this otherwise amazing read.

If you would like to Learn more about what motivates you, go